« For me, you are the example of a musician of the 21st century. You represent the direction in which music should evolve; on the one hand, the patrimonial respect of the precious classical works […]; on the other hand, the discovery of contemporary [popular] music and its creative element, not only in the improvisation, but also in the interpretation. »

« Equally at home with Bartok and bluegrass, Mozart and the music of the Bulgarian ghettos, Gilles Apap is a violinist who defies categorisation. »

Described by Yehudi Menuhin as ’’A true violinist of the 21st century’’, Gilles is known for his virtuosity, unique approach to music and the skill to bring joy to every concert hall. He delivers distinctive performances of the standard classical repertoire combined with genres such as jazz and folk from around the world and the result is unique programming merging the borderlines between musical styles.

Born in Algeria to a French family, Gilles started playing music at an early age and began his studies in France. Later, he moved to America and continued his studies at the Curtis Institute, choosing to settle in California. Very early in his career he decided to move away from the constraints of the international music industry, looking for his own way beyond the conventions and expectations related to a commercial career.

With his quartet ‘The Colors of Invention’ (violin, accordion, double bass and cimbalom), Gilles presents chamber music with fusion of classical pieces from Vivaldi, Ravel and Bartok with traditional folk tunes. The Ethno Jazz band ‘Meduoteran’ (violin, accordion and saz) is one of the most recent projects in which Gilles is involved, performing in various Jazz and folk festivals around Europe. ‘The Transylvanian Mountain Boys’ is another highly successful crossover band formed by Gilles, together they perform across the globe and have released 3 CDs for Sony Classical.  Gilles was taking the artistic leadership position at the Nordic Chamber Orchestra until the 2017/2018 season.

Alongside performance, Gilles is very involved in education with his teaching philosophy connecting strongly with cultural diversity and the freedom of interpretation through improvisation which in August Ariana Todes, former editor of The Strad, reflected in an interview highlighting these eclectic aspects of his career

After participating in the International Menuhin Competition in 1985, Gilles established a lifelong relationship with Yehudi Menuhin. Together they worked on Gilles’ legendary cadenza of Mozart’s Third Violin Concerto, which was filmed and directed by Bruno Monsaingeon.  Known for his documentaries about Gould, Richter and Oistrakh, Monsaingeon directed two further films about Gilles Apap and his approach to music, and declared that the violinist’s “art represents music in its greatest possible purity. »

Meduoteran stands for authentic music and innovation that nowadays is rarely heard of in this reduced and primary form. Taylan Arikan and Srdjan Vukasinovic and Gilles Apap express their compositions with just 3 instruments and create new worlds of sound with baglama (anatolian lute), accordion and violin. The band presents collection of music from classic, jazz to ethnic music.

The Colors of Invention, founded by Gilles Apap in 2000 is a chamber group with rather unconventional character, performing actively worldwide. Their repertoire includes various arrangements of classical works including Vivaldi ‘Four Seasons’, Ravel ‘Tzigane’, Kreiesler ‘Praeludium and Allegro’ to traditional folk and gypsy tunes.

The band shook the classical music scene with their unparalleled interpretations of classical works arranged for violin, viola, guitar and double-bass, interspersed with traditional folk tunes followed soon after by 3 CD recordings for Sony Classical. 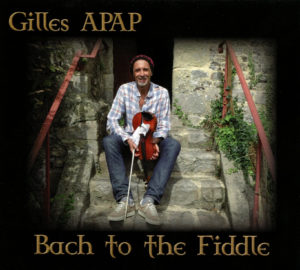 Baroque, 20th Century, Irish, Swedish, Old-Time, and Jazz, it’s all on this CD! Some of Gilles’ favorite music is included here. 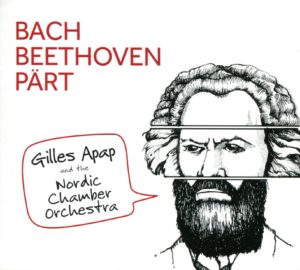 The otherworldly Fratres by Arvo Part, followed by a lively Bach Double Concerto for Violin and Oboe.  The CD is completed with the majestic Beethoven Violin Concerto. 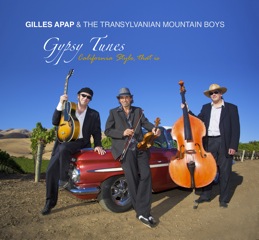 A completely new recording featuring some great music from the traditional gypsy repertoire and the jazz swing era. This CD includes a few remakes of tunes found on the group’s CDs from the 1990’s on Sony Classical. 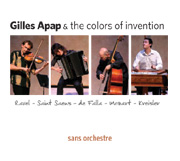 SANS ORCHESTRE – 2008
GKJ00108
Gilles Apap and the Colors of Invention 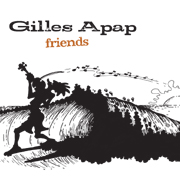 Gilles and the Colors of Invention
The four concerti interspersed with traditional folk tunes from around the world, in a fresh version of this much-recorded work.

Return Policy:
All sales are final, however we will of course replace any defective cd or dvd.